Why you need to protect your income if you fall ill 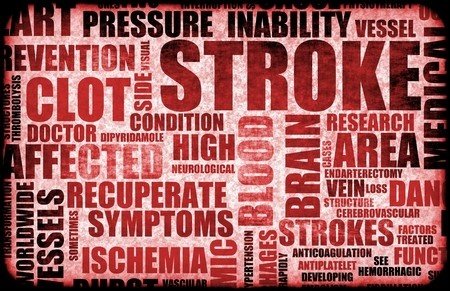 Having a clear understanding of your protection requirements and the importance of getting the right professional financial advice as you enter the New Year are essential, and they will be of increasing significance from April when working age welfare support for mortgage interest and bereavement benefits are scheduled for reform.

More than one in five (23%) Britons with savings say they wouldn’t last longer than a couple of months if they were unable to work, yet less than one in twenty protects their income, according to new research.

Disparity raises concerns over UK households
The study from Scottish Widows revealed that six in ten UK working adults with savings said they would last no longer than six months if they became unable to work, while fewer than one in ten (8%) said they would manage less than a month. Despite a 7% increase over the past 12 months in the average amount people are saving, fewer than one in twenty (4%) have income protection cover.
The research highlighted the existing gap between awareness and prioritisation for this type of insurance. This disparity raises concerns over UK households’ financial resilience, as one in seven have been affected by critical illness, and more than a third (37%) rely on two incomes.  Out of those affected by critical illness, 42% said they had to make lifestyle changes in order to cope with the financial impact, while only one in twenty had a policy in place.

Spending cuts and welfare benefits
People expect their financial priorities to change the most when buying a property (19%), as a result of government spending cuts and welfare benefits (18%), and having children (15%), varying by generation (28% of over-55s said cuts, government spending and welfare would cause their financial priorities to change).
However, despite this expectation, more than a third (35%) are carrying non-mortgage debt over each month, and this rises to 52% of 25 to 34-year-olds and 48% of 35 to 44-year-olds, leaving a vast proportion at increasing risk if the unexpected were to happen to themselves or a loved one without this type of safety net in place.

Threatening people’s financial resilience
This priority dilemma is gathering pace, as 39% considered providing financial security for their family in the event of death as essential – a drop from more than half in four years – compared to eight out of ten (80%) who considered broadband and mobile phones (71%) essential for daily living.

The ongoing struggle between short versus long-term financial priorities continues to threaten people’s financial resilience, despite an awareness of the key points at which these change and the risk of savings running out should they become unable to work.

More than half (55%) of UK adults say they do not have any savings to cover their bills or childcare if they were to become ill with cancer. Women are more likely to be in this position (60%) than men (50%): this lack of savings, combined with typically lower salaries, could leave women particularly exposed to the financial impact of cancer. These concerns are not misplaced, with Macmillan research showing 83% of those receiving a cancer diagnosis are £570 a month worse off on average[2].

Source:
The Scottish Widows research examines the habits and attitudes of the UK adult population in relation to protection and financial robustness. Conducted online by YouGov among 5,144 respondents aged 18+ between 31 October and 5 November 2014 on behalf of Scottish Widows. Results weighted to the profile of the UK population aged 18+